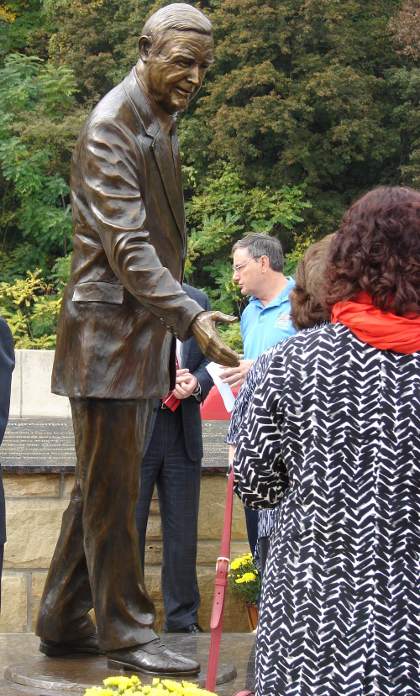 A 7-foot-tall bronze statue of the late U.S. Rep. John Murtha stands in the heart of his southwestern Pennsylvania congressional district in a parkette in Johnstown, P.A.

The bronze was crafted by Bedford County-based sculptor Wayne Hyde, and depicts Murtha striding forward with his right hand extended, appearing serious but not stern, in accordance with his wife’s wishes.

Jones said it was fitting for a memorial to Murtha to become "a permanent part of this landscape that he loved so much."

The late John Murtha was a former Marine and the first Vietnam veteran to serve in Congress who became the de facto voice of veterans on Capitol Hill. He launched his congressional career in Johnstown in 1974, and died in 2010 at 78, days after becoming the longest-serving congressman in state history. 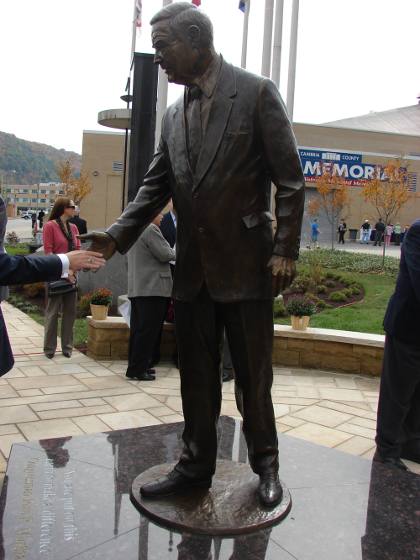