That Others May Live 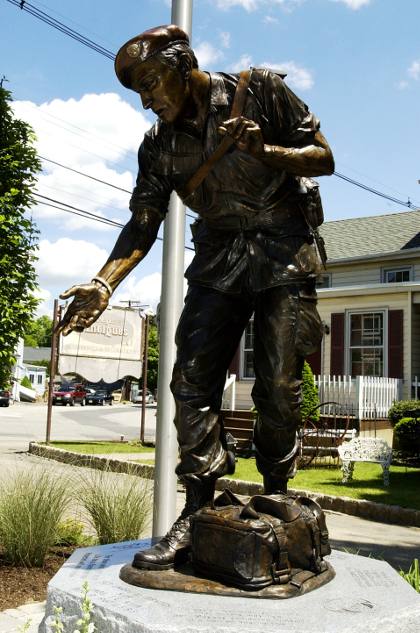 Wayne Hyde was commissioned to “bring Larry home” in what proved to be a particularly emotional journey.

Larry was listed in November 1967 as Killed in Action / Body Not Recovered in Vietnam.

Larry’s story is a sad one, a brave one and an honourable one. The monument has captured these emotions and more. It depicts Larry bending slightly and extending his arm as if to help pull an injured comrade up to safety. It tells his story without words.

Wayne wore the uniform lent to him during his research in order to see in a mirror exactly where the folds would be. He sprayed the shirt with a fine mist to replicate the intense humidity of Vietnam. All equipment and accoutrements were original. Wayne listened to Larry’s story and learned of his Squadron, the 37th Air Rescue and Recovery, DaNang Airbase, South Vietnam.

The Squadron’s motto was “That Others’ May Live.”

On 8 November 1967 two US helicopters were launched on a night mission to extract five survivors of a Special Forces reconnaissance team. The rescue site was known to be dangerous, having already lost two US Army helicopters. Illuminated by dropped parachute flares, the first helicopter, despite experiencing heavy battle damage, was able to pick up three survivors before being driven off by the intense fire. The second helicopter attempted to pick up the remaining two survivors, who were now both wounded. The fighting in the air and on the ground was intense. Maysey jumped from the safety of the helicopter, exposing himself to the enemy fire, and ran down a steep slope in order to rescue the two remaining men. Just after Maysey had helped both men to safety onboard, a rocket propelled grenade struck the number one engine, fatally crippling the craft. The engine exploded, inverting the aircraft, which rolled and skidded down a deep ravine and burst into flames; the pilot and one other man survived the crash. Maysey did not. He received the Air Force Cross posthumously. The pilot Captain Gerald Young was rescued later that day and subsequently awarded the Medal of Honor. 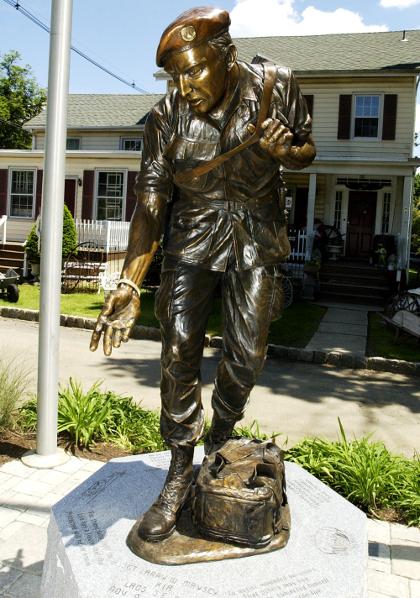