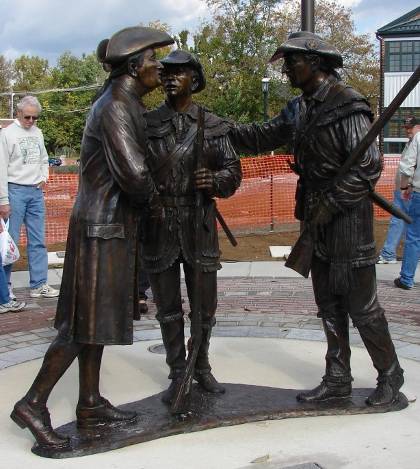 “The Homecoming” is a statue honoring the founding family of Chambersburg. It depicts founder Benjamin Chambers, in 1781, welcoming home his son James, a colonel, and grandson Benjamin following their six-year service during the Revolutionary War.

Sculptor Wayne Hyde of Bedford created the statue wanting it to reflect the dedication and honor (veterans) deserve.

Members of the memorial statue committee, the Chambersburg Borough Council, and a descendent of the founder of Chambersburg, unveiled the statue in Fort Chambers Park, Chambersburg.