Watching Over Heroes And Friends 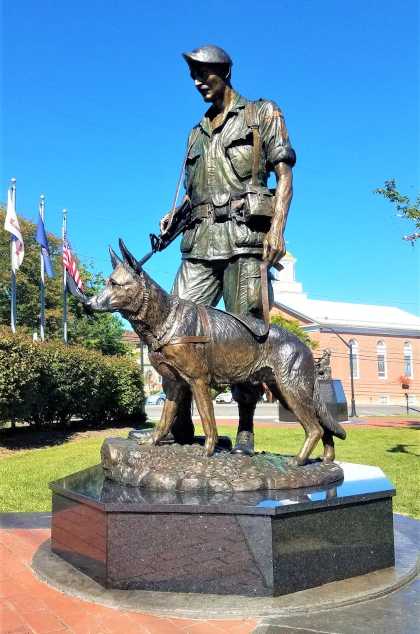 A new commissioned statue has been unveiled as part of the Vietnam War Monument, located in Veteran’s Grove, at the corner of Penn and Juliana Streets in the city of Bedford, P.A.

Hartsock was serving as a Staff Sergeant in the 44th Infantry Platoon Scout Dog (IPSD), 3rd Brigade,  25th Infantry Division, when, on February 23rd, 1969, he was killed in action at the Dau Tieng Base Camp in Vietnam. During a firefight on that day, in Hah Nghia Province, Republic of Vietnam, Hartsock smothered an enemy satchel charge with his body to protect those around him and was mortally wounded in the explosion.

Hartsock was age 24 at the time of his death and was buried in Rocky Gap Veterans Cemetery, Flintstone, Maryland. The chapel at Rocky Gap Veteran’s Cemetery is dedicated to Sergeant Hartsock. Three portraits and his Medal of Honor Citation are displayed in the chapel.

Sergeant Hartsock is the only dog handler that has been awarded the Congressional Medal of Honor.

Wayne has portrayed Hartsock with his trusted scout dog, Duke, which also lost his life on that day.

After much thought, Wayne has named the statue Watching Over Heroes and Friends. 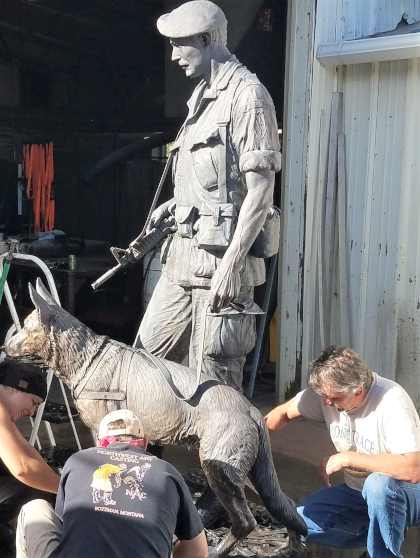